The company offers a wide range of services, such as:

Working closely with customers, Prima’s experienced technical team can take projects from the initial development phases and rapidly move them into volume production. Through its superior engineering credentials and stringent test/inspection procedures, the company is able to deliver right first time products, no matter what the level of complexity. It has full ISO 9001 and ISO 13485 (medical) accreditation.

Since August 2018, Prima has been part of NJ Russel Holdings, whose vision is to create a group of world class UK engineering and manufacturing organisations aligned with the Mittelstand business model. The characteristics of a Mittelstand business are: long-term focus, investment in the workforce, flexibility, nimbleness, continuous improvement, lean hierarchies, collaboration, innovation, customer focus, social responsibility and strong geographic ties.

Prima: Over 30 Years of Engineering Legacy

The origins of Prima, and its highly-responsive contract electronics manufacturing operation, are tied into the life’s work of Tony Hall. As founder and managing director, he took the company through its first 25 years of trading, and even today serves as a valued board member - giving support and advice to the company’s new owner.

Tony started out as an apprentice for telecommunication firm Pye Ltd in the second half of seventies. As he recalls; 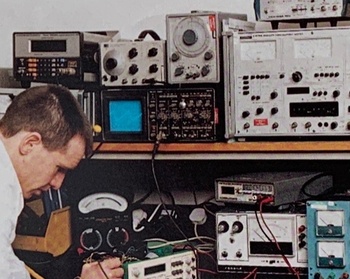 Prima’s Test Room Back in the Late 1980s

“Pye had a really strong apprenticeship programme, with the management being very keen to develop their staff’s capabilities and teach them new skills. This really gave me a strong foundation on which to build a career. It also provided me with exposure to effective business practices, many of which I would apply to my company later on.”

While at Pye, Tony was to serve in a number of different roles. These mainly focused on applying his technical aptitude to design, test and manufacturing activities. Having worked there for almost a decade, he saw new opportunities opening up for him outside of Pye, and in the coming years he would engage with several local start-ups. “This was a really exciting time,” he explains.

”The Cambridge Science Park had been established much earlier, but in the mid to late eighties it started to expand considerably. New units were built and soon filled up by innovative and ambitious young businesses. I certainly wanted to play a part in this.”

Having worked on a series of different projects, he could see that there was potential for him to set up his own commercial venture. Applying many of the design processes and methodologies learnt while at Pye, he would offer professional contract manufacturing-related services to assist companies in getting their products developed and out onto the market. From this, Prima was born.

“Most of the start-ups we talked to at this time had very little practical knowledge of manufacturing, with a lot of them coming from academic backgrounds. In many cases they were very small, often just one-man operations that needed a lot of help.” “They could offload projects onto us,” he continues. “We would take care of everything from prototyping right through to pilot production runs, making them ready for eventual ramp-up to volume production.”

Though there was a definite need for the services that Prima could offer, getting the company off the ground was not without its challenges. “Back then, sourcing financial backing from the banks was very difficult,” Tony notes. “This meant we had to build things up over quite a long period, one step at a time. Slowly we managed to get extra staff on board and expanded the business. As word spread about us and the company’s reputation strengthened, more and more projects came our way.” “The pace at which we reacted would give us a major competitive edge,” he adds “We could get things moving fast, and customers really appreciated this. It was not unusual for us to work through the night to make sure that tight deadlines we’d been given could be met.”

For those first few years, the company comprised just half a dozen employees, but this steadily grew over the decades that followed. The projects that it got assigned were varied, but ones concerning audio, telecoms and printing technology were the most common. Among the list of clients were the likes of Philips, Marconi, Quad Amplifiers and Harris Corporation.

“Having the right people was paramount, as was subsequently giving them proper training,” says Tony. “I wanted to ensure that our apprentice scheme was as comprehensive as the one I’d gone through at Pye. Also, so that our technology would fit fully with clients’ requirements, we had to work at gaining all the relevant standards approvals.”

Getting influential allies and advocates involved was also essential. This offered additional insight and allowed a better formulation of the strategic path Prima was going to progress along. Among these allies was a former high-level HP executive, who joined onto the board in the mid-nineties, bringing valuable knowledge and useful industry contacts with him. Around this time, a rising star from IBM was enlisted to take on the finance responsibilities too. These individuals’ efforts made the company more street-wise and agile. It was thus better able to react to the changing business landscape - something that proved really important when the telecom bubble burst in the 2003/4 timeframe.

“The flexibility that customers gained by working with Prima was one of the company’s clear benefits,” states Tony. This gave them scope to make alterations to the constituent component specs, so they could fine tune their design and make it better optimised for the end application. In addition, close proximity to customers was also advantageous, as they could see exactly what is going on and learn useful manufacturing tips that would help them further down the line.”

Throughout the noughties, the company kept on investing, with the deployment of state-of-the art manufacturing and testing equipment, plus the recruitment of top quality engineering talent. It reached out to schools and colleges so pupils/students might be persuaded to consider engineering careers - giving them opportunities to do their work experience or take summer jobs at the St Ives plant. Funding was set aside so that employees could enrol on university degrees. According to Tony; “By constantly giving the members of our engineering team interesting new projects to get their teeth into, and helping them to keep updating their skillsets, we were able to instil a solid work ethic and claim incredible staff retention figures… way beyond what other companies could manage.”

As a new decade begins, Prima is looking to further broaden its horizons. The current management team is exploring new areas, leading to engagements with some big players in the military and aerospace sectors. In recent years, medical has become an increasingly important market too. As Tony comments; “All this requires a modifying of our skills, so we are better able to address the needs of our evolving customer base. It also calls for compliance with a new set of standards.” 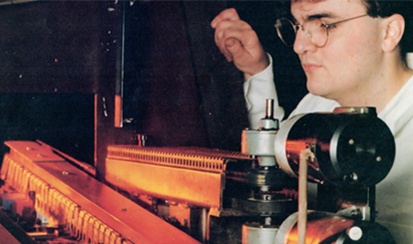 In tandem with this, there is expansion in terms of the range of services that Prima can provide - adding PCB layout and obsolescence management. Furthermore, through newly established links to a number of offshore manufacturing affiliates, the company is now able to support its customers from prototyping all the way through to very high volume production. Increased automation (both in relation to production and testing operations) has boosted output, as well as enabling staff to focus on other key functions. Close ties with St Ivo School, Cambridge Regional College and Peterborough Regional College mean that new engineering talent can be acquired that will keep on driving the company forward in the years ahead.

The principles that were at the heart of Prima when it initially started out, over 30 years ago, as still true today - fast project turn-around, right first time product development, close interaction with the customer, stringent testing and on-time delivery. The company continues to leverage the latest technological innovations, along with the support of an experienced, astute and highly-motivated workforce. The result is that unmatched levels of service can be upheld. 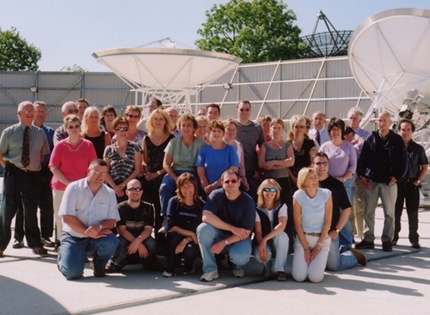 The Prima Team at the Cavendish Laboratory in Cambridge 2003 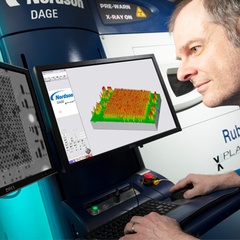 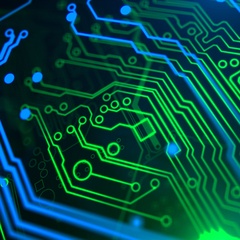 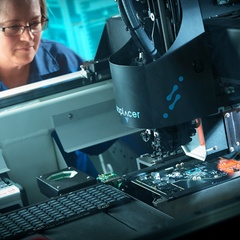 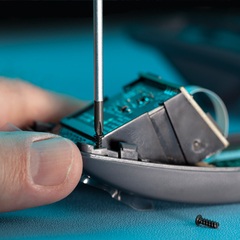 Your design, our solution